We woke up this morning in Marshall, Texas, still tired from cheering on the Bison the day before. We started driving and after we had been on the road for a while, we saw a sign about Cane River Creole National Park. We hadn’t heard about it before but because we love national parks, we had to check it out.

The park contains two former plantations: The Magnolia and The Oakland. We went to the Oakland plantation just to check it out. The Oakland, formerly known as the Bermuda, was founded in the mid 18th century as a indigo and tobacco farm. Later on, when the U.S. made the Louisiana purchase, the farm became a cotton farm and slaves could be seen picking cotton out on one of the fields of this Creole farm. 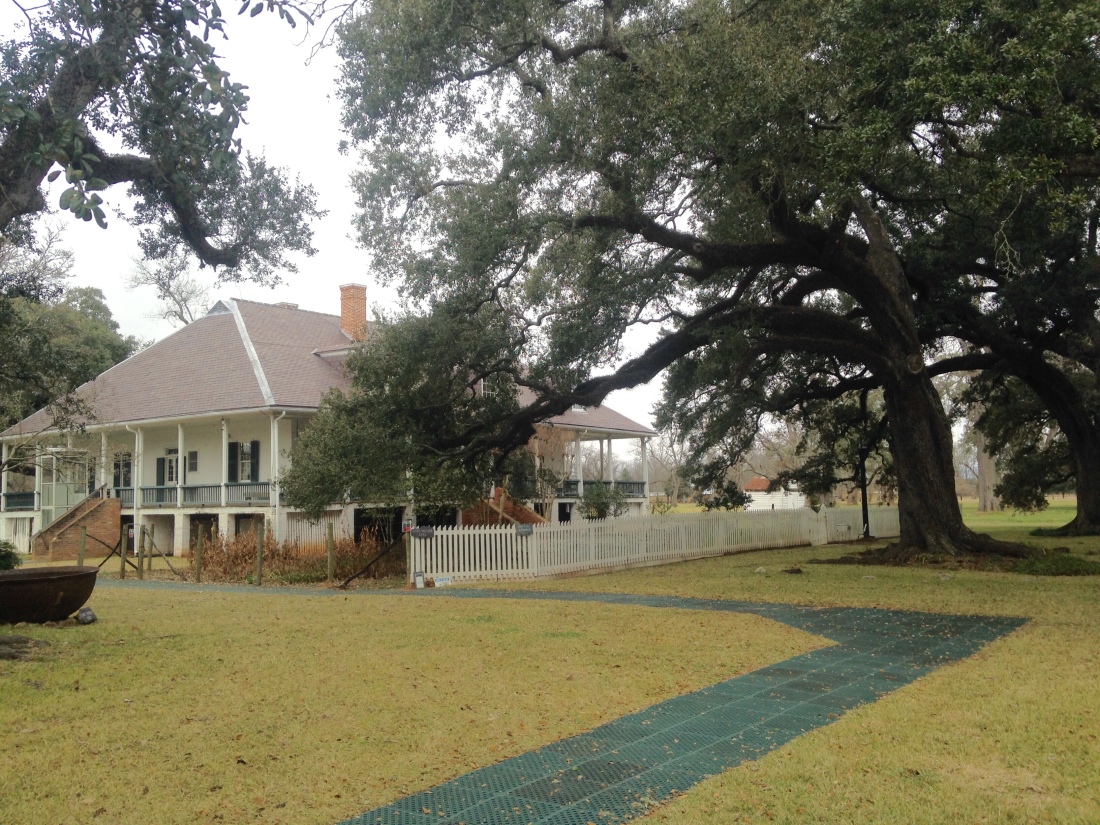 The Civil War drastically changed life on the plantation. When the Confederates were retreating, they burnt the farms cotton gin and all of their cotton to prevent it from getting into Union hands. Many slaves also escaped to the north during this time. After the war, Freedmans Bureau labor contracts made it so that skilled workers like Solomon Williams, the blacksmith, could negotiate wages and hours. For unskilled workers, sharecropping was another option.

During World War One, many workers moved north to work in war related jobs. They were replaced by machines. By the 1960s, instead of seeing people lining the fields, you saw a mechanical picker being driven down each row. Throughout this time, the Creole traditions created almost 300 years ago still endure today.

After this, we hit the road, traveling through Baton Rouge to stay the week at Fontainebleau State Park, just outside of New Orleans. -AT