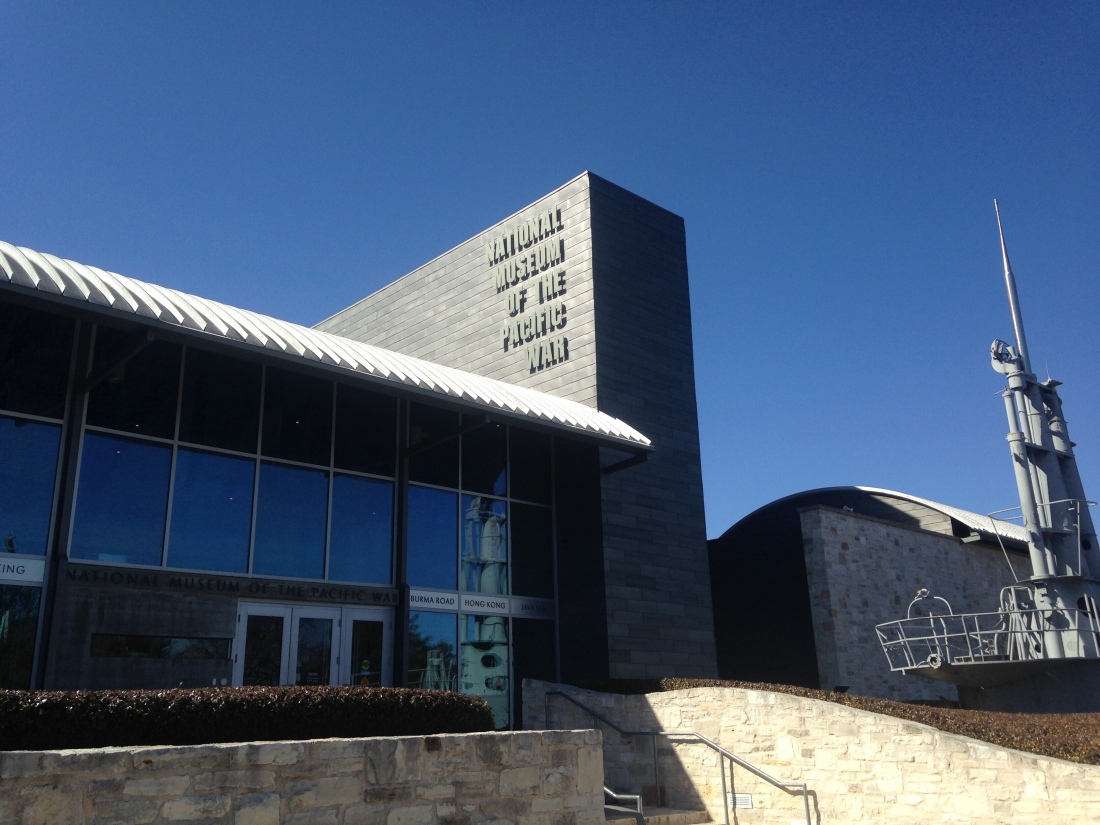 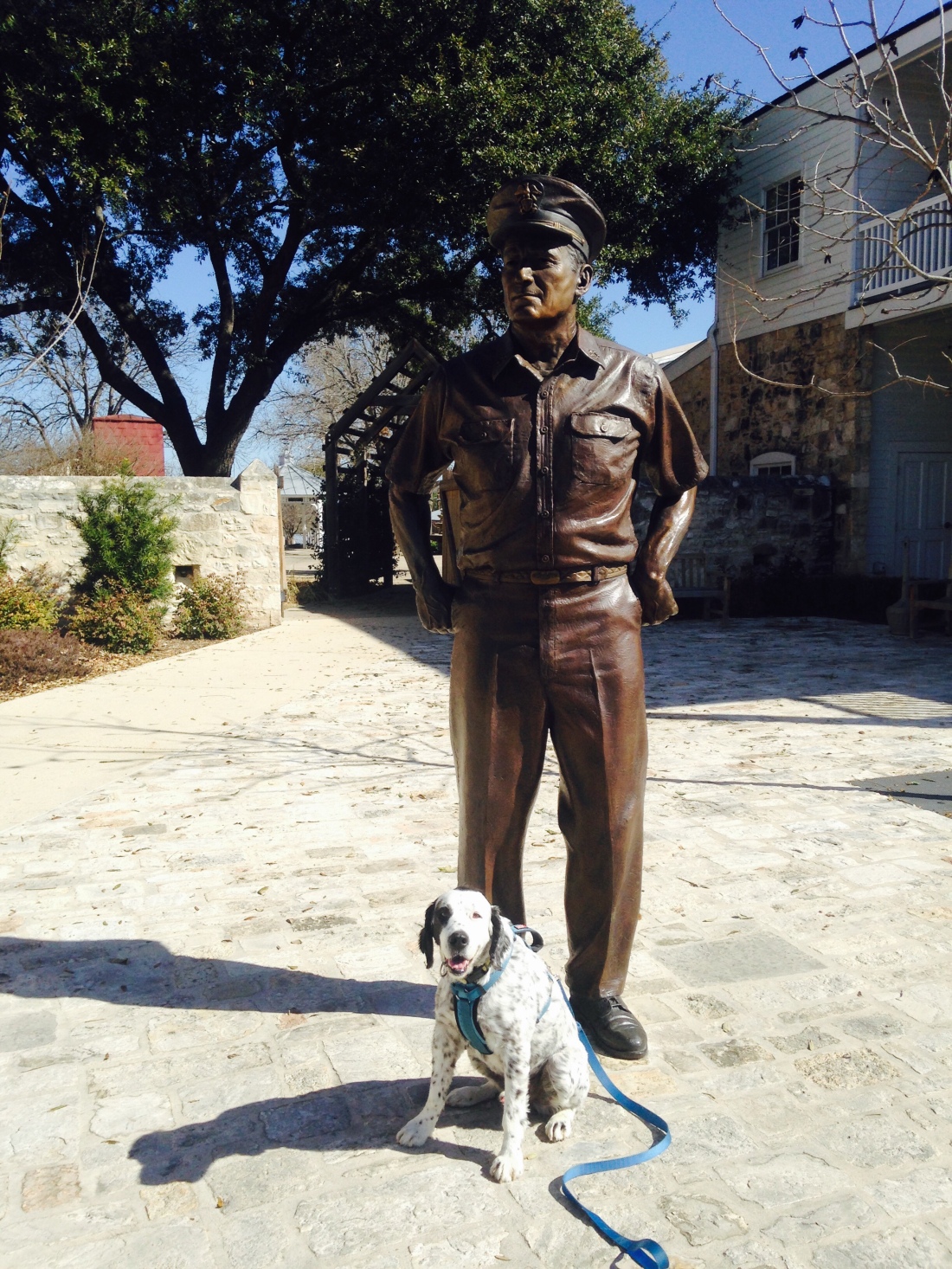 There were many parts to the museum but we started at the biggest museum-like part first. It started out with information on many factors that led to war. Then, they had exhibits on almost everything that happened during the war. My favorite ones were the ones on the fight for the Aleutian Islands and the OSS officers that parachuted behind enemy lines in China to liberate POW camps.

After we were done there, we went to another museum building all about Nimitz and his career, including the time when he was court-martialed. After we were done there, we went to the Pacific Combat Zone. There, we saw a TBM torpedo bomber just like the one George H. W. Bush flew and a PT boat just like the one John F. Kennedy commanded. After that, we saw the combat zone which was a replica battlefield that was made to look like one of the islands during the war. Here, reenactments are carried out almost every month of the year for people to see.

(((Maureen here. While the boys found yet another amazing military museum, I found out Fredericksburg is nestled in the hill country with over 40 wineries! There were tons of cute stores downtown just next to the museum, so I took a “me day”, said goodbye to the boys, shopped, and even did a wine tasting while they were at the museum. Nobody missed me at all believe it or not!) 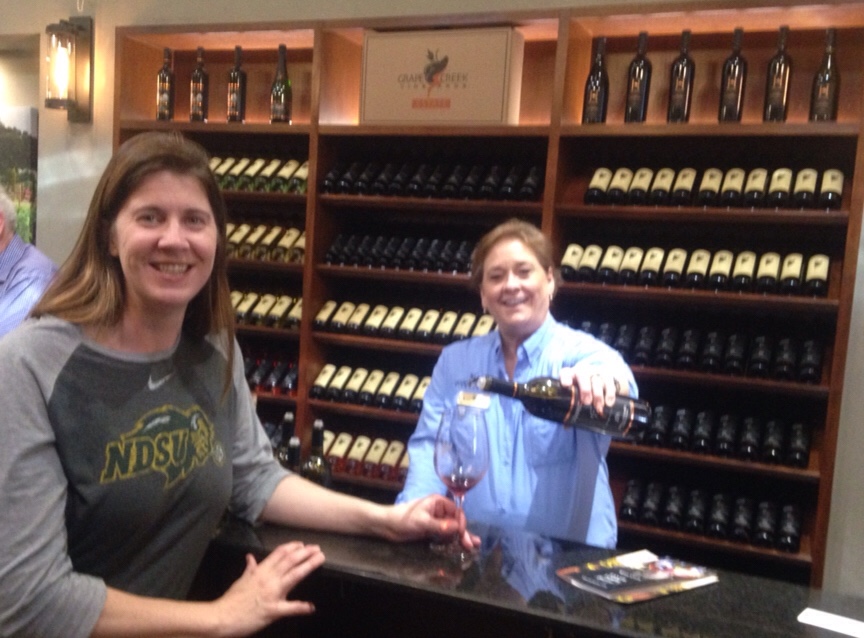 We also saw Lyndon B Johnson’s “Texas White House”. It is where he was born, lived, died and is buried. It was cool to see the runway they built adjacent to the house when he was senator, and it currently has on display “Air Force 1 1/2”, a JetStar that could land him on the shorter runway. We even saw the president’s grandson flying his helicopter around. We also got to see someone skydiving, landing just 100 feet from us in a field. I thought that was especially cool because going skydiving is definitely towards the top of my bucket list, so is being the President.(AT) 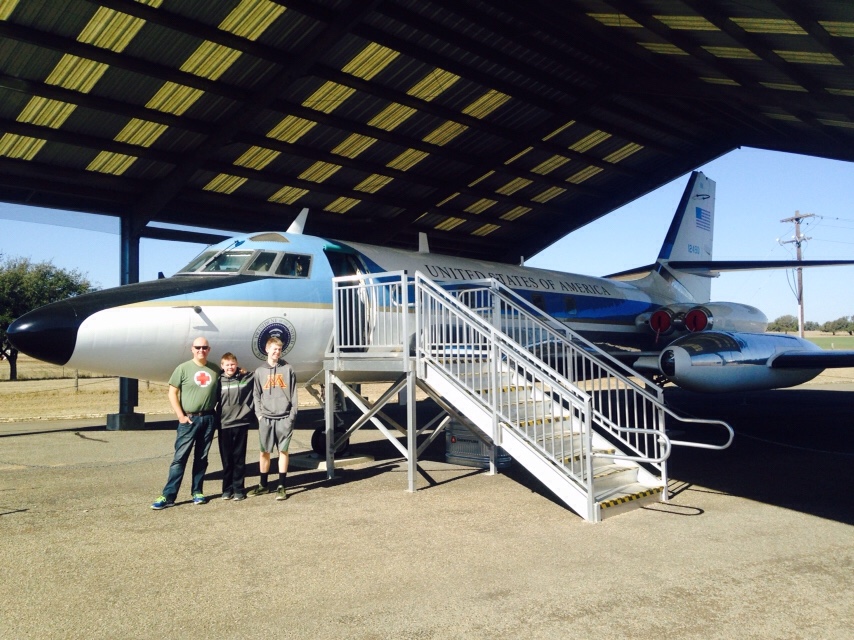 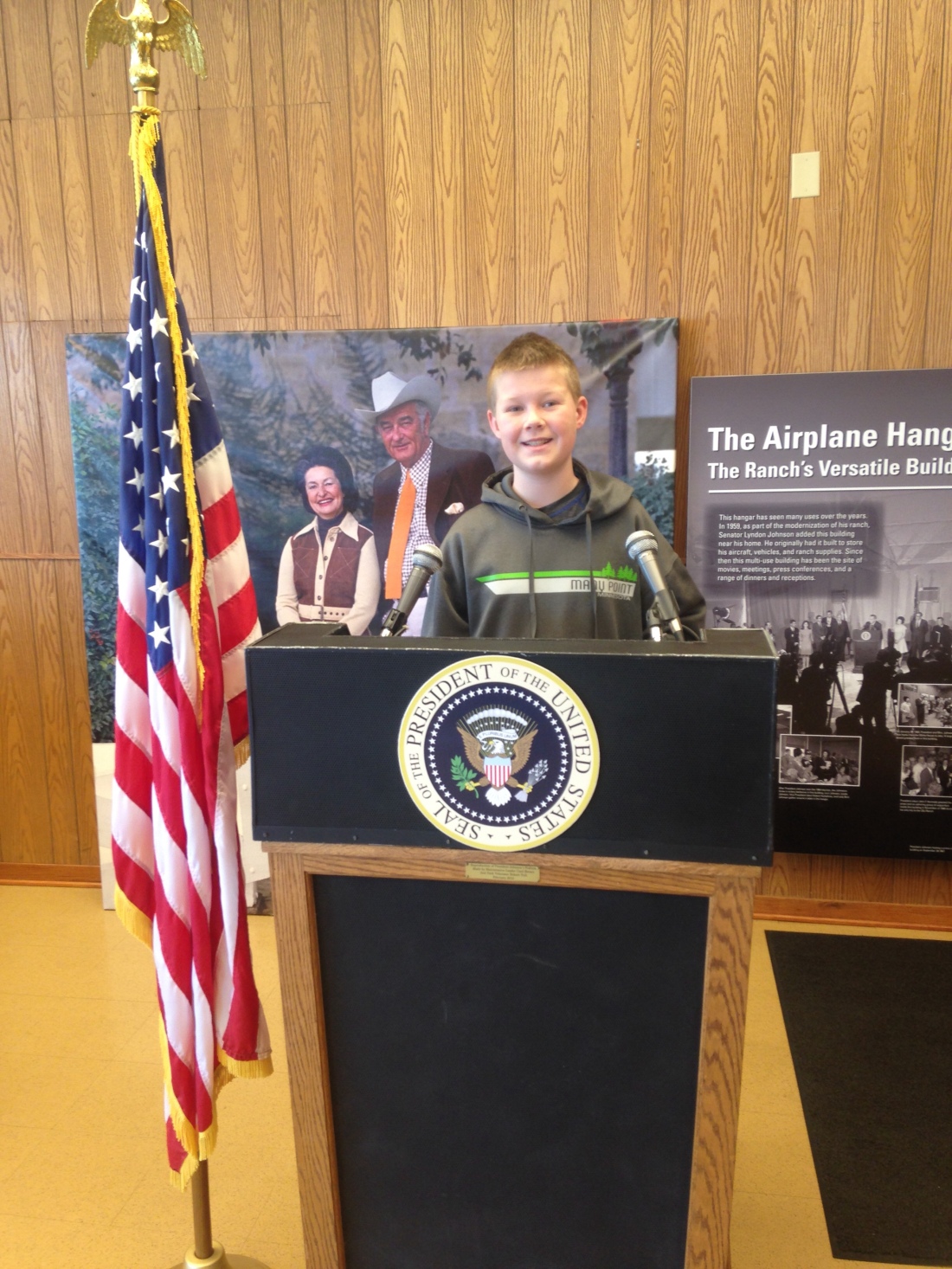