Today we went to Yosemite National Park, one of the first national parks in our nation. As we entered the park we saw spruce, pine, and sequoia trees all around. There were rolling hills all around and some snow scattered on the ground. Our first stop was Bridalveil falls. This giant waterfall was like one long line of water.

By the road we had a great view of El Capitan, one of the well known points in the park. Next, we went to a bridge where we had a great view of the Yosemite Falls where we would hike to later that day. In Yosemite Valley we learned about the park and it’s history. More than 100 years ago naturalist John Muir invited Theodore Roosevelt to the park to inspire him to make it a national park. 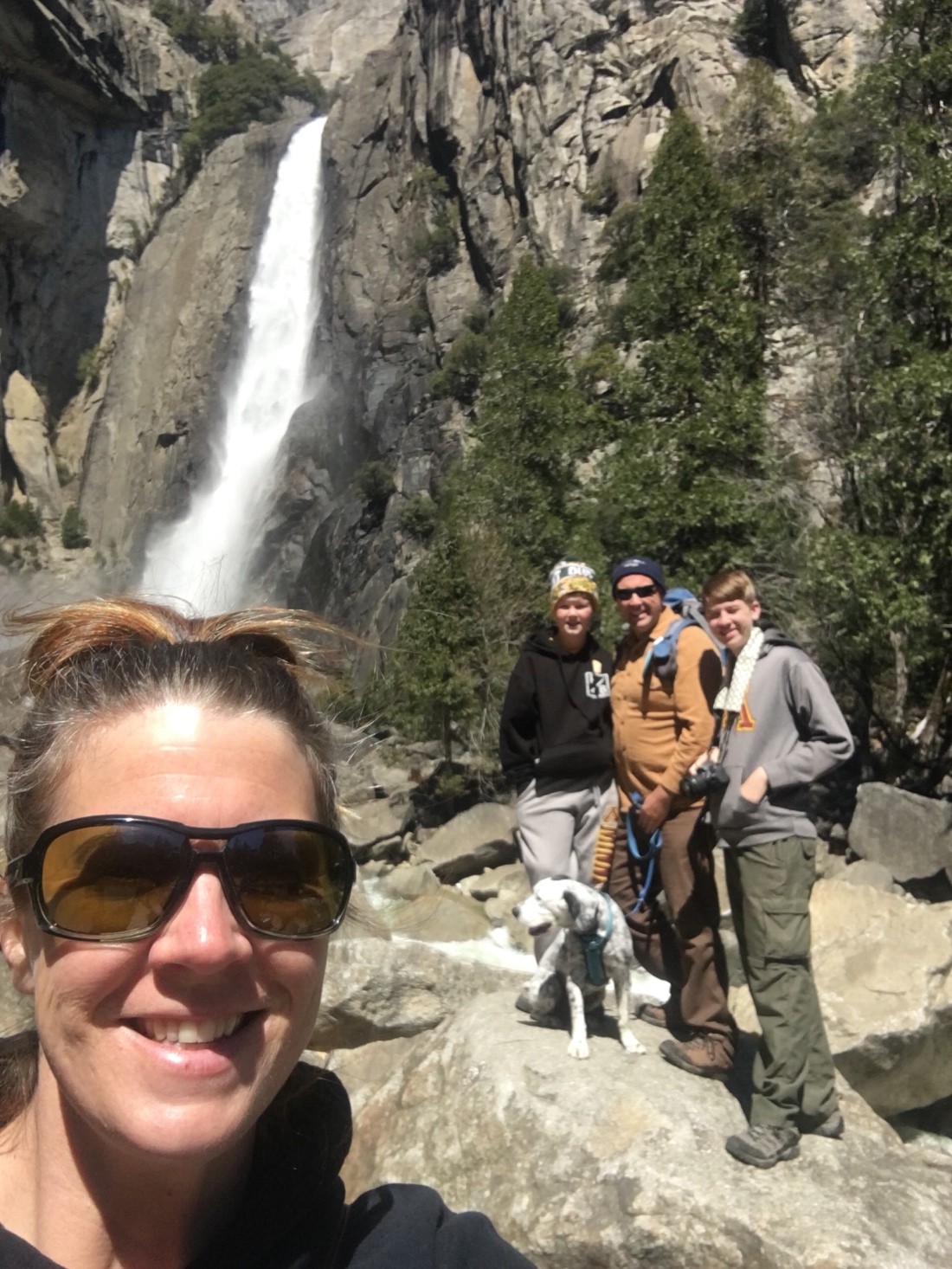 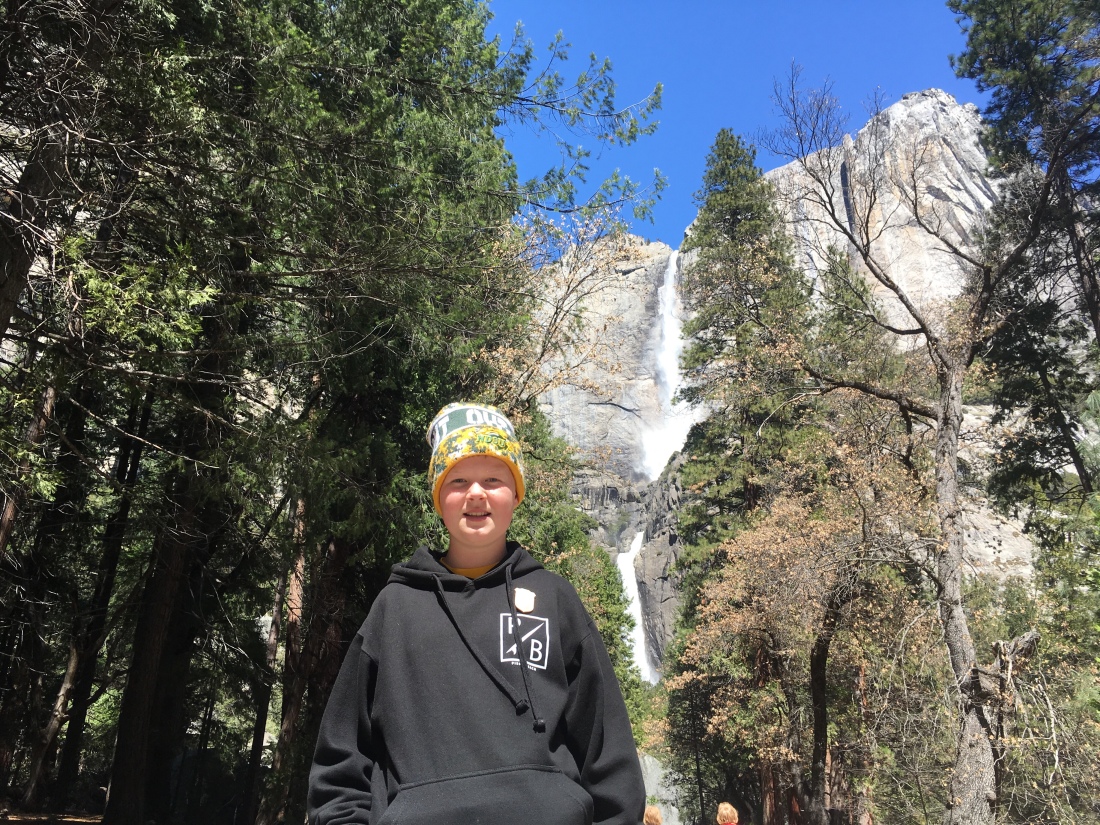 We also took a hike to mirror lake and on the way we saw some rangers working. They were cutting down dead trees and when one got cut down it was so big you could feel it hit the ground. Once we got to mirror lake my brother and I got in the chilly water along with our dog, Gunner.

On our way back home we got to see the sights again, from the half-dome to the crystal clear rivers. We also saw a turn off for a helipad. I wonder what they might be doing with that. I suspected they may use it as a base for search and rescue operations.(AT)