We have made the decision to travel back to the MN lakes for the summer. Originally, we thought we’d go up through Vancouver, to Whistler and then to Banff, but when we started looking at timing and a couple of National Parks we still had to visit out west, we decided to come back through the US. Our first stop leaving Kristi and Bruce’s in Poulsbo was to get on a ferry – trailer and all! Doing this meant we would have to pay a little bit of money but we passed up on all the traffic in Seattle and Tacoma which was fine and dandy with us! 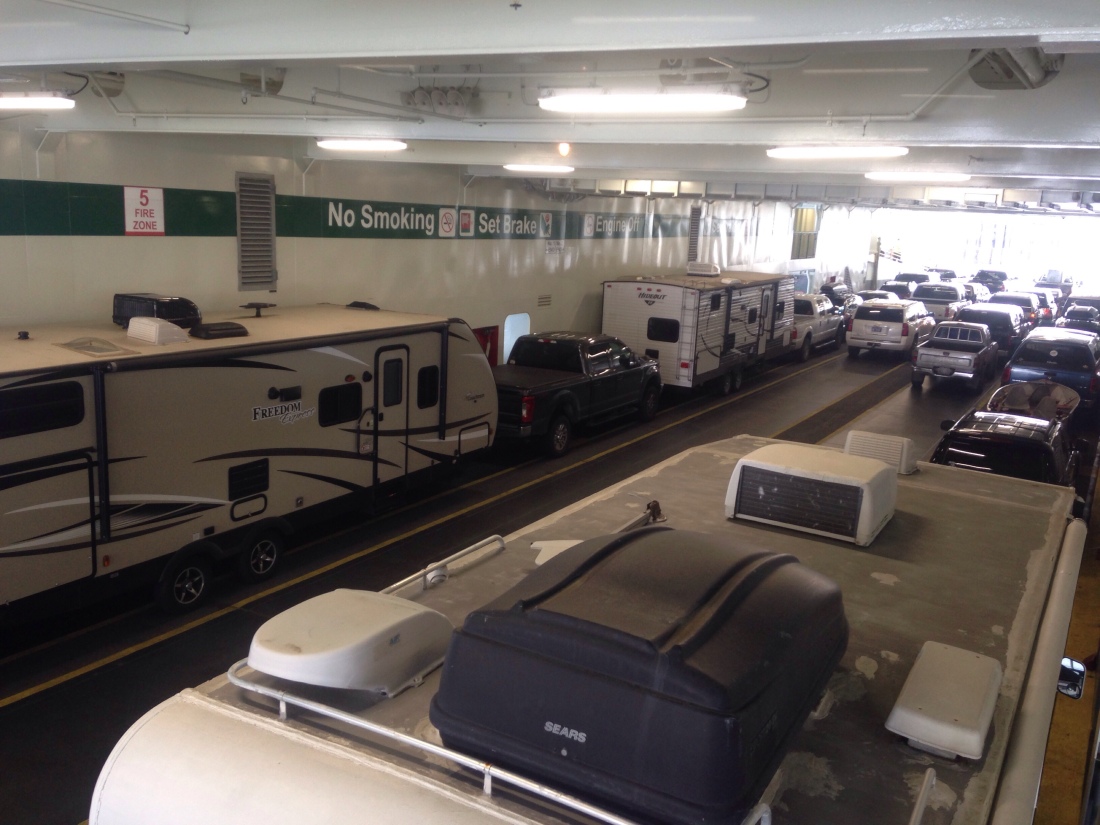 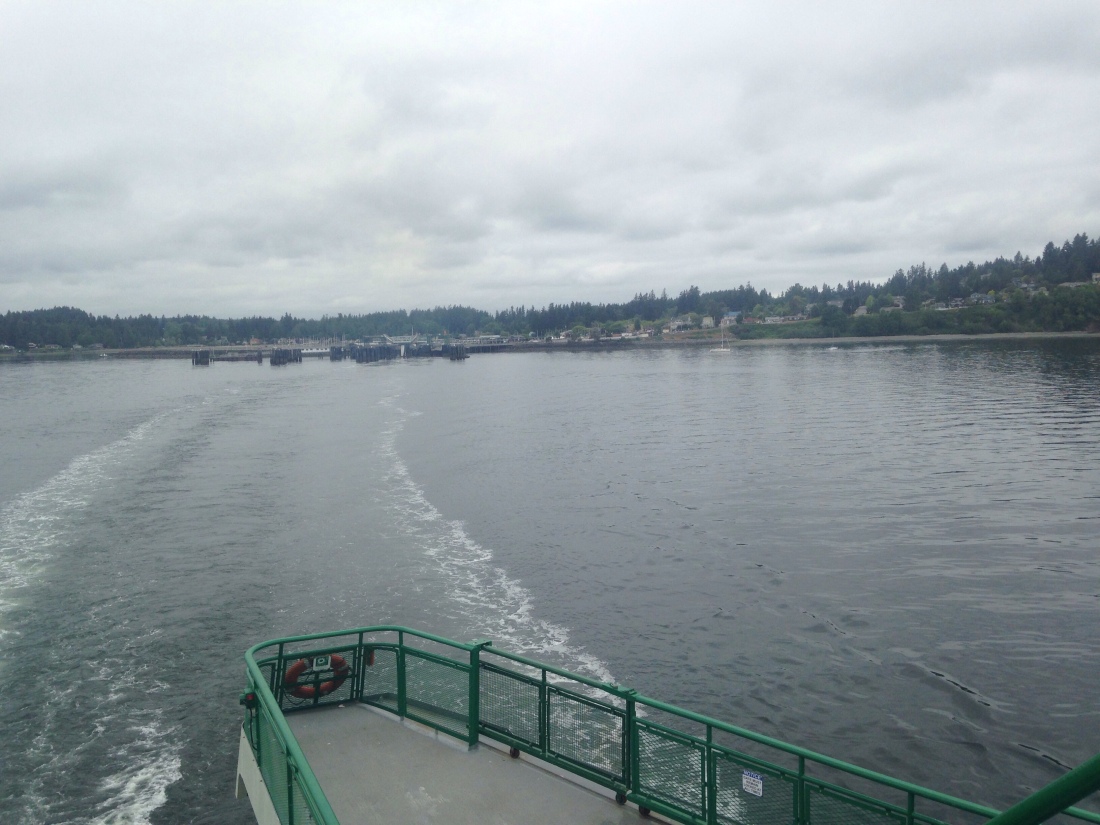 The North Cascades National Park is on the northern border of Washington. It is a huge mountain range with lots of lakes and dams that supply energy to much of Seattle. The colors were so pretty of the water and trees. We walked across a bridge with Gunner that had metal grates that you could see through, and it was very funny watching Gunner carefully cross. Not sure if it was the feeling of the metal or the fact that he could see directly down that he didn’t like! 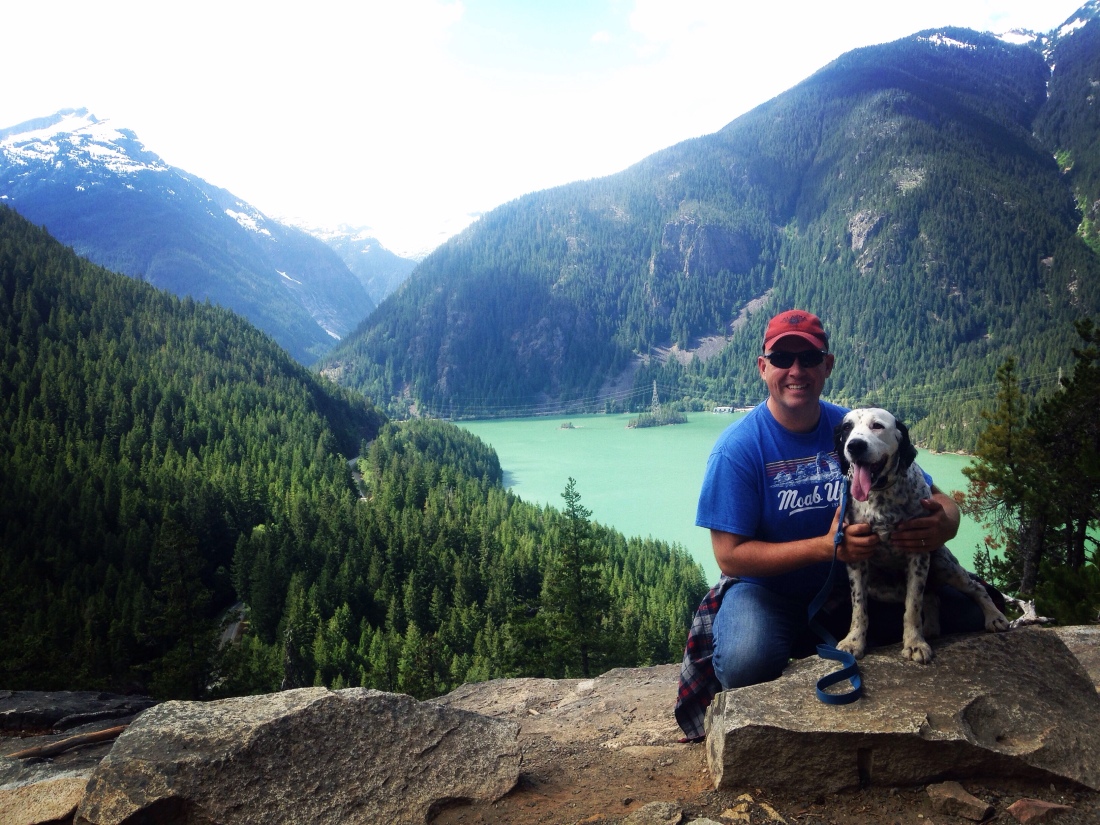 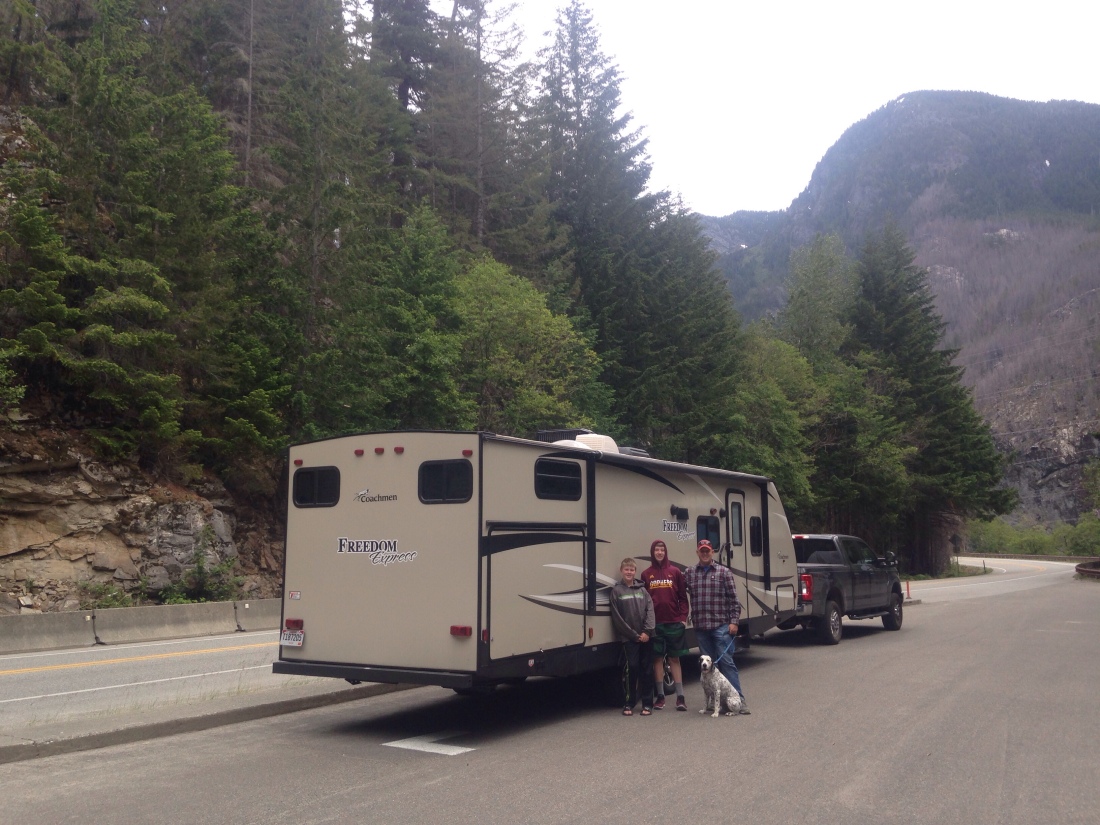 I know we’ve said this before, but National Parks are not very dog friendly. What was unique about North Cascades, is that in the main Cascade Highway that intersects the park, the area around it is actually a National Recreation Area, not the National Park. So, a lot of the trails along the road are dog friendly! We took a big 3-mile hike up to a viewing area of Diablo Lake, and it was nice to see other pups using the trail responsibly as well!

This park must have amazing camping as well, because we’ve never seen so many campers leaving the park as they were today (it was Monday of Memorial Day)! We were amazed that they just kept coming and coming!

We kept driving east out of the park, enroute to Spokane/Coeur d’Alene. We passed many small towns, and even stopped at a cidery for supper (thanks Jesse!). At one point, we started going though Washington Apple Land! There were not only a ton of orchards, but a literal ton of apple boxes/bins. It was very pretty land, we followed rolling hills and the Columbia river for a while. It would be fun to go back in the fall and pick some ourselves!

Our eventual stop was earlier then we’d like it after we discovered a busted fuse that led to the trailer’s running lights not working. But we found a rest stop that worked perfect for us and was right in line with our challenge to not pay for any overnight stays on the way home. BLM land, rest stops, and friends and family’s houses are our goal! Onward Tischers! (MT) 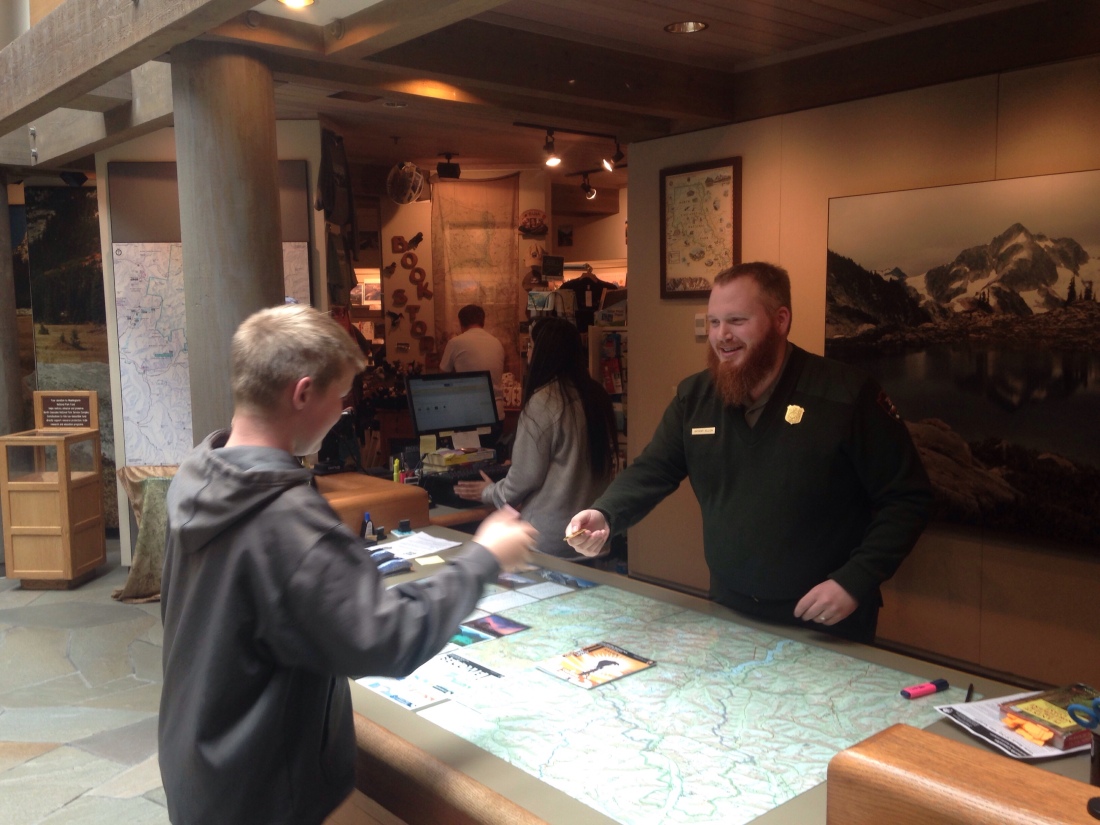