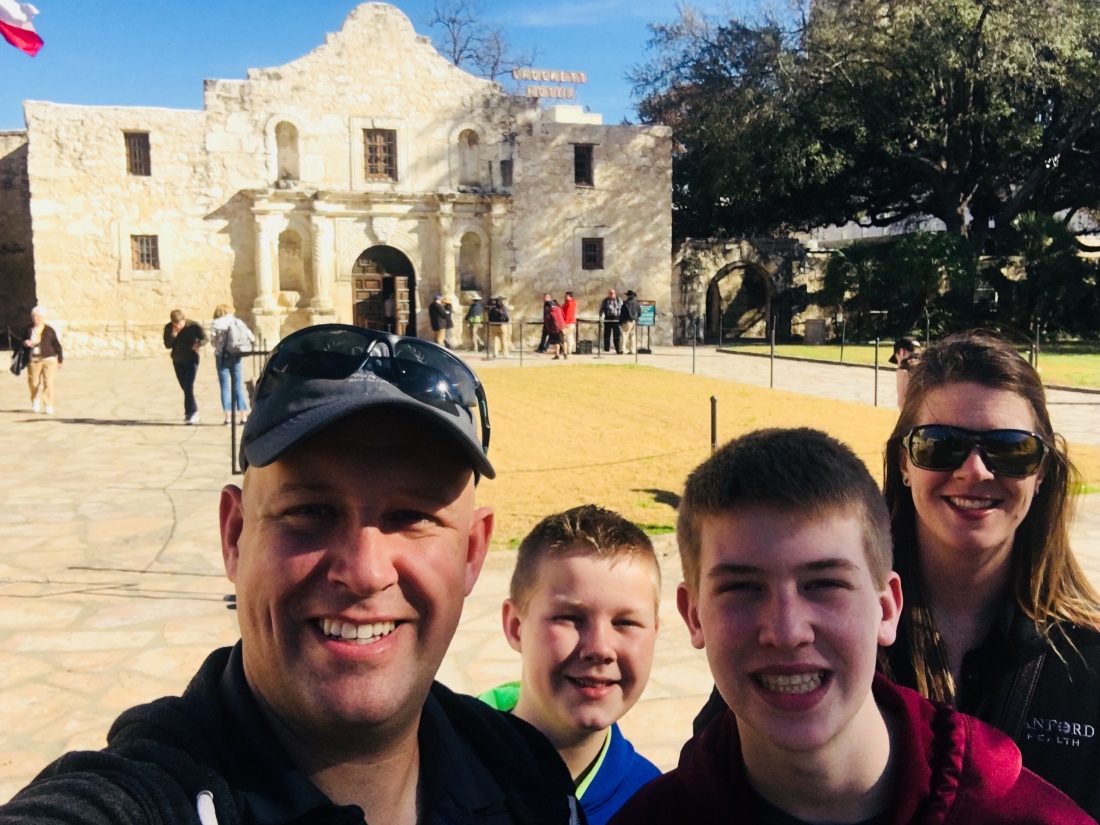 Having a home base in Texas now, we took a day trip to San Antonio. Jesse and I had been here already, but it had been 17+ years. I wanted the kids to see the river walk and the Alamo, and Jesse wanted to take us to a medical museum at Fort Sam Houston, which happened to be where he did his AIT to be a Medic for the Army National Guard.

After researching and calling ahead last week to see if we could get on base as civilians and learning that we just have to check in at the visitors center, we were ready to do just that. And yes, last week they told us what days/hours they’d be open and today was one of them! We got a little lost on base looking for the museum, but that was just a little bit of fun exploring. After parking and walking to the museum front doors, we were approached by an employee telling us that because of the government shutdown, they were closed. Argh! Jesse and I were kicking ourselves, of course we should’ve known that! Jesse was so incredibly bummed not only because he wanted to see what the museum had, I know he really wanted to show the boys everything too. There were a couple of outdoor exhibits we could see through the fence (helicopters, trucks, an a medical train car!) and one good looking statue in front that would have to suffice for now. Tonight it looks like the government is reopen so I’m chalking it up to bad luck.

With tummies rumbling, we parked downtown and walked to El Mercado, an indoor/outdoor marketplace. It wasn’t very hopping at noon on a Monday but we found some tasty tacos at Viva Villa! 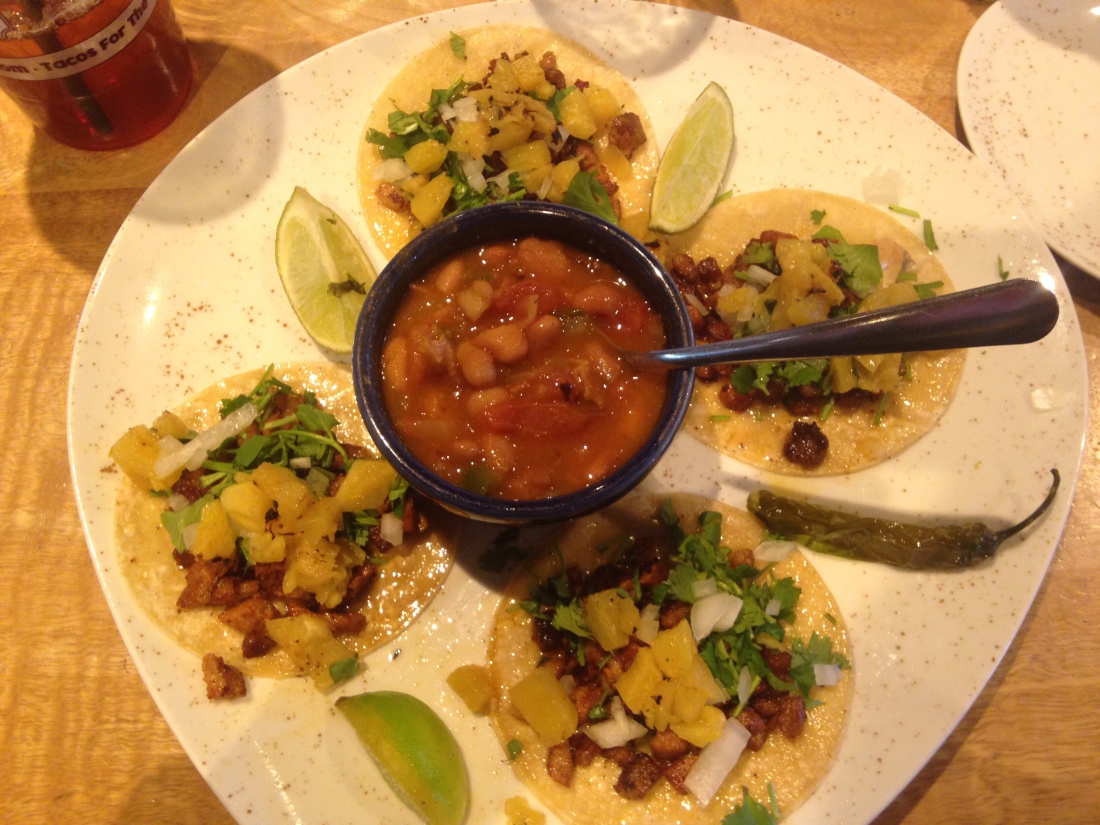 San Antonio is such an easy city to walk, and before you know it we were at the Alamo. I liked seeing the boy’s genuine reactions to it, perhaps a little underwhelmed until walking up to it and then marveling at how old and important it is. The only problem was that we couldn’t find the basement!

We had a sunny day and the temp was about 68 degrees for the river walk boat tour. The kids were very impressed at how beautiful everything was and how close to falling in you could be at any moment. Luckily we all stayed dry. 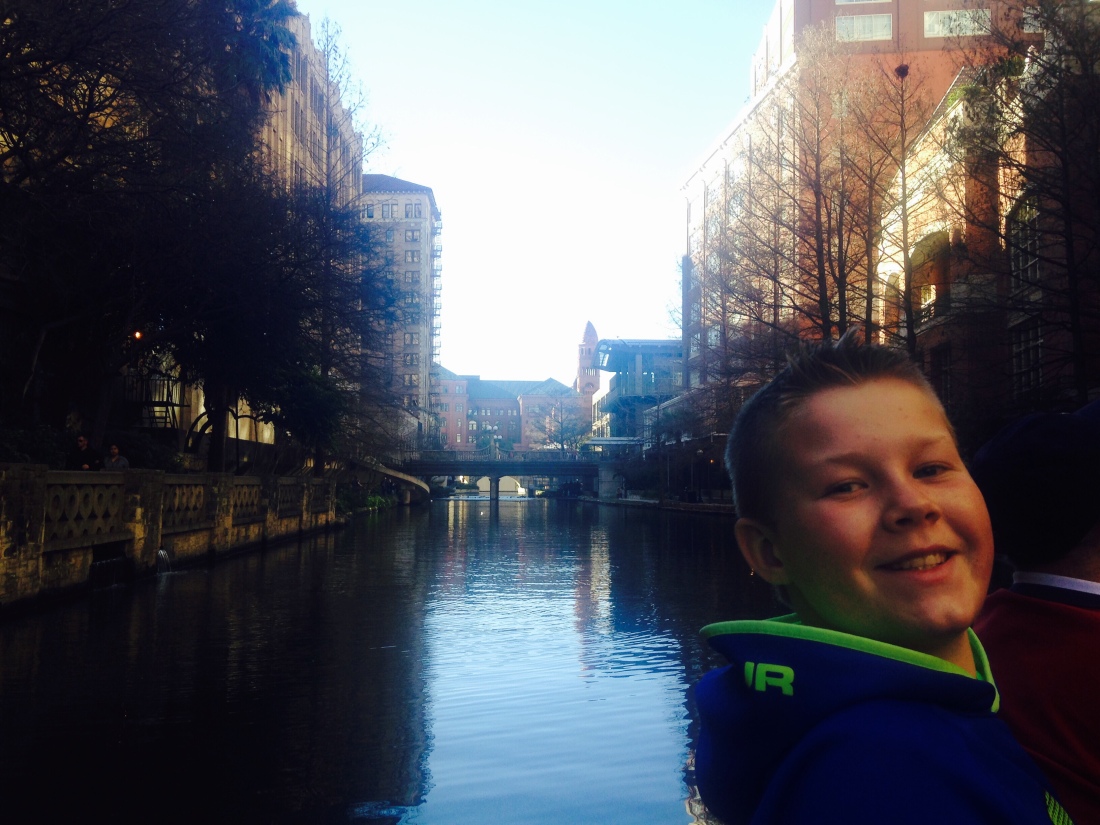 There is a National Park trail to see more Missions in SA, and we drove that to see 2 more. We weren’t allowed to go into them because of the government shutdown, but we could see them from the car/parking lot. 2 other ones had the roads to them closed so no luck with that.

We ended the night at a BBQ joint in middle-of-nowhere Lockhart, the “BBQ Capital of Texas”. It was everything and more. But I think we’ll have to do more experimenting with BBQ joints this week! We just don’t need to eat anything tomorrow.

Warm Texas thoughts go back to those at home who had a snow day today!

4 thoughts on “Remember the Alamo!”