Today we packed up into the big F250 and drove into San Francisco! Honestly, I’m getting to a point where I only research the places we’re going briefly and flying by the seat of our pants from there. That’s exactly what happened in San Fran and it worked out great! I knew Andy wanted to see Chinatown, Woody wanted to see the Full House houses, we needed to see the curvy Lombard Street and we wanted to drive across the Golden Gate Bridge.

First stop was the $5 toll to go over the Bay Bridge. They still take cash right there! It looks like there is a toll to go over any bridge INTO San Francisco, but no toll to take a bridge out of SF. We found Chinatown after driving around the skyscrapers for a bit. It was super interesting, and we found many restaurants to come back to some day. Next was Lombard street. This is known as the curviest street in America, and while I didn’t actually think we’d drive it – we totally did and it was a rush! Jesse can handle the big truck wonderfully! He also did a great job going up and down the super steep roads. It’s a good thing it doesn’t snow here – Yuk!

Finding the Painted Ladies (the Victorian houses on the intro to Full House) was a trip! You can’t see the houses the best from the road, but the park on the other side of the street has a steep hill that gives you the best view of them and the rest of San Fran. It brought flashbacks of watching as a kid. Woody and his cousins have gotten into the show recently too, it was fun to face 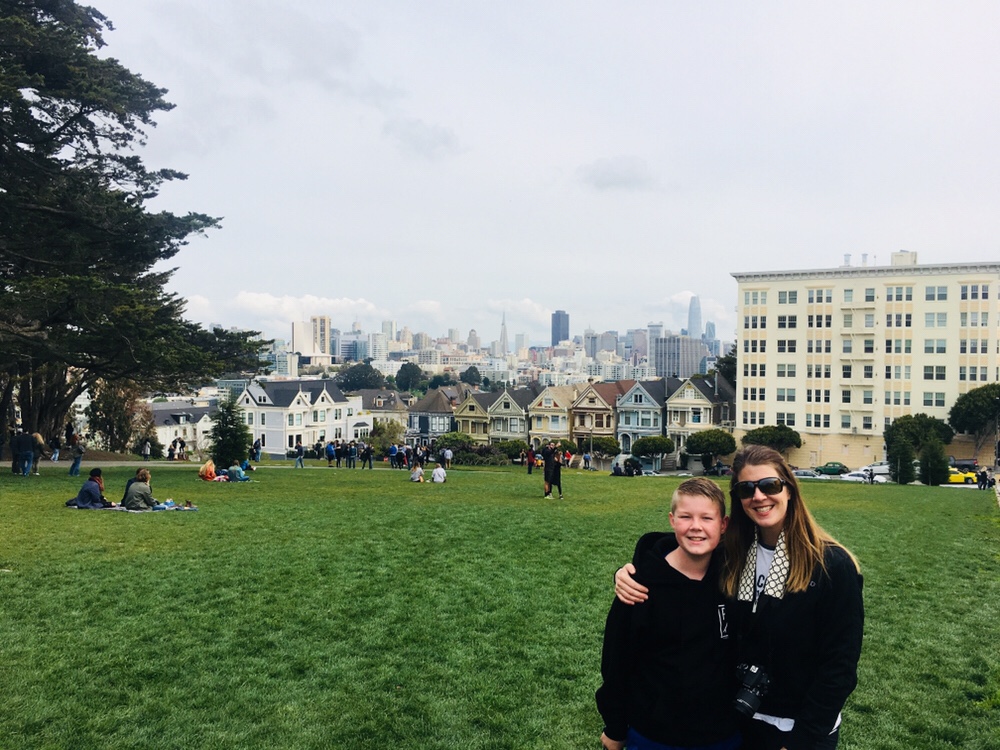 We then drove to the Presidio, which is an old military post turned super cool area. All buildings have been renovated keeping their look but with amazing views of the Golden Gate bridge! The Presidio is a part of the National Park system, there are actually many areas in SF that are NP areas including the Presidio, the Golden Gate park, Fort Point and Alcatraz, all places we hit up! Today there was actually a big picnic on the Presidio Parade starting, they would have it reoccur every Sunday until the fall. The weather was gorgeous, food trucks were all around and there was great music. It truly was a great day to stop here!

We also drove the Fort Point, which was the first fort made on the west coast during the civil war. It is seriously right at the base of the Golden Gate Bridge. From there, we walked up the embankment and walked to the middle of the Golden Gate Bridge. That was so cool. so special and again gave great views all around, the bridge truly is stunning. It will be a memory we will all have for a lifetime! (MT) 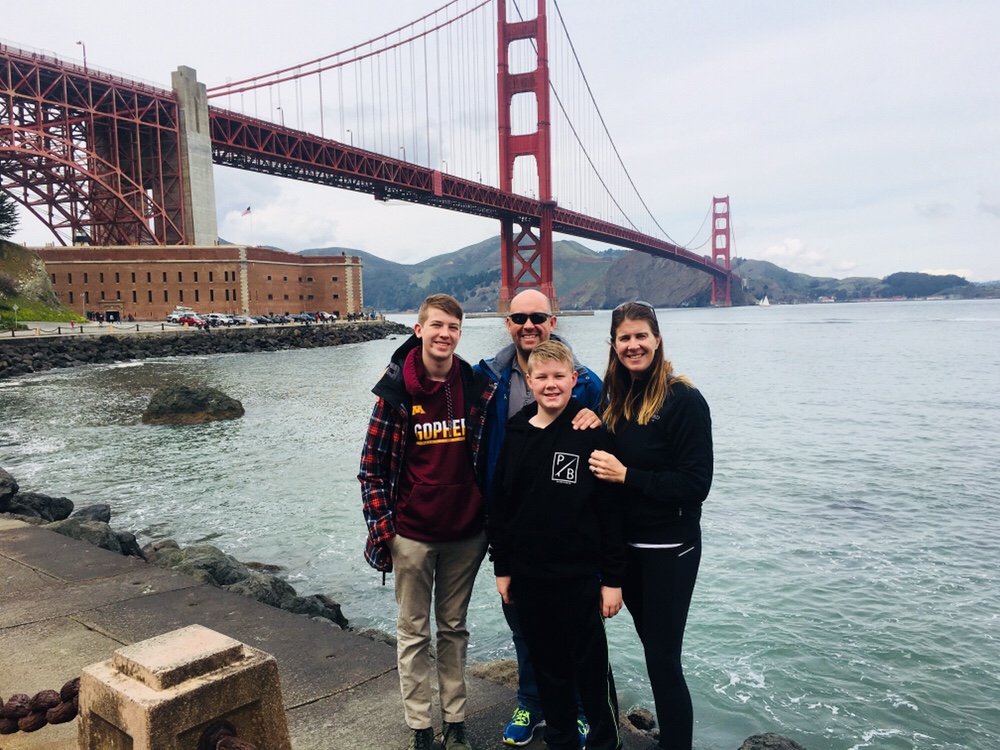 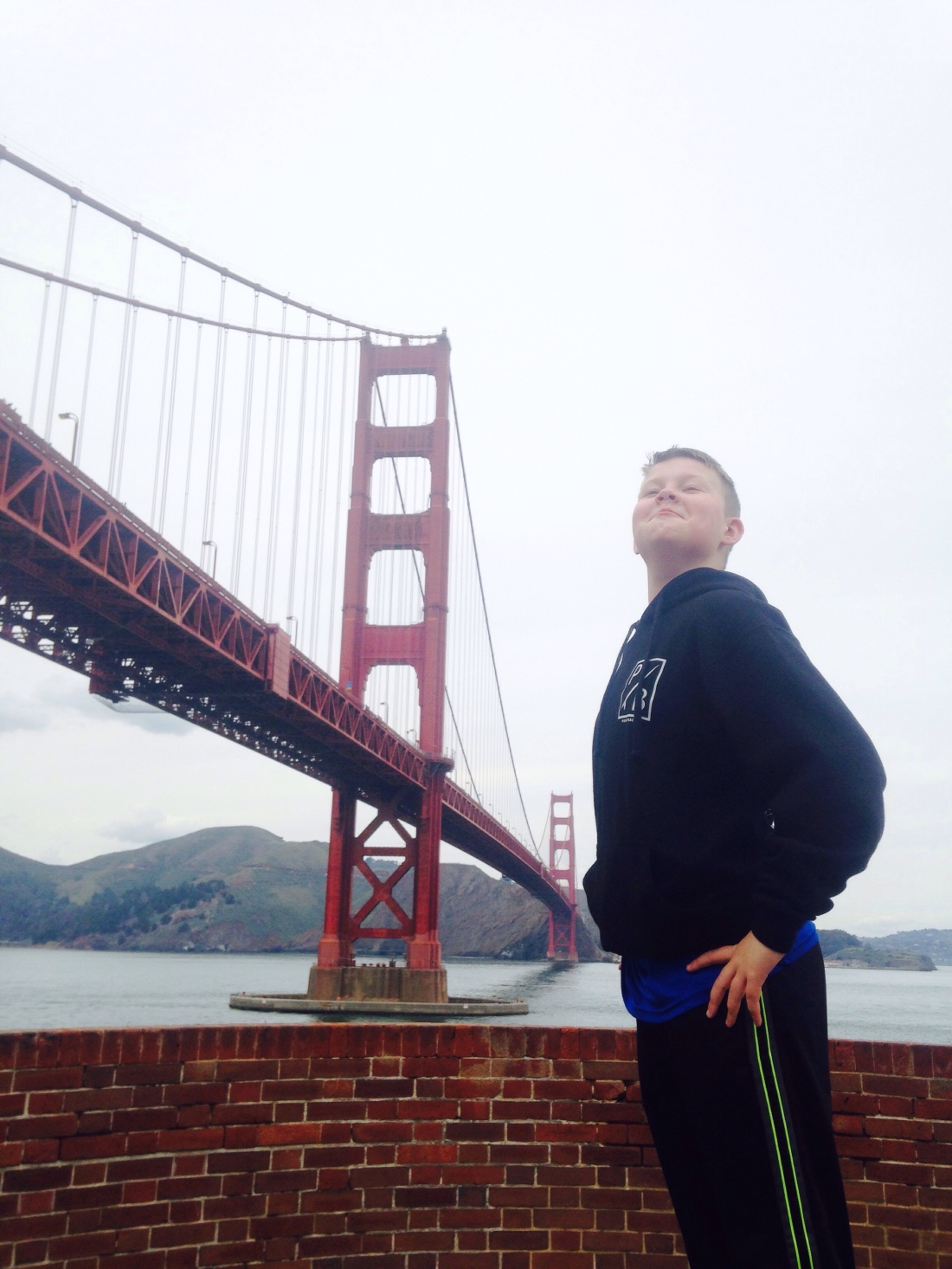 One thought on “San Francisco”