Our climate took an abrupt turn from the warm days/cold nights snow capped Sierra Nevada mountains to the dry and extremely hot(90’s) Death Valley. DV has only been a National Park since 1994 but a National Monument since 1933. It’s the largest NP in the contiguous states. 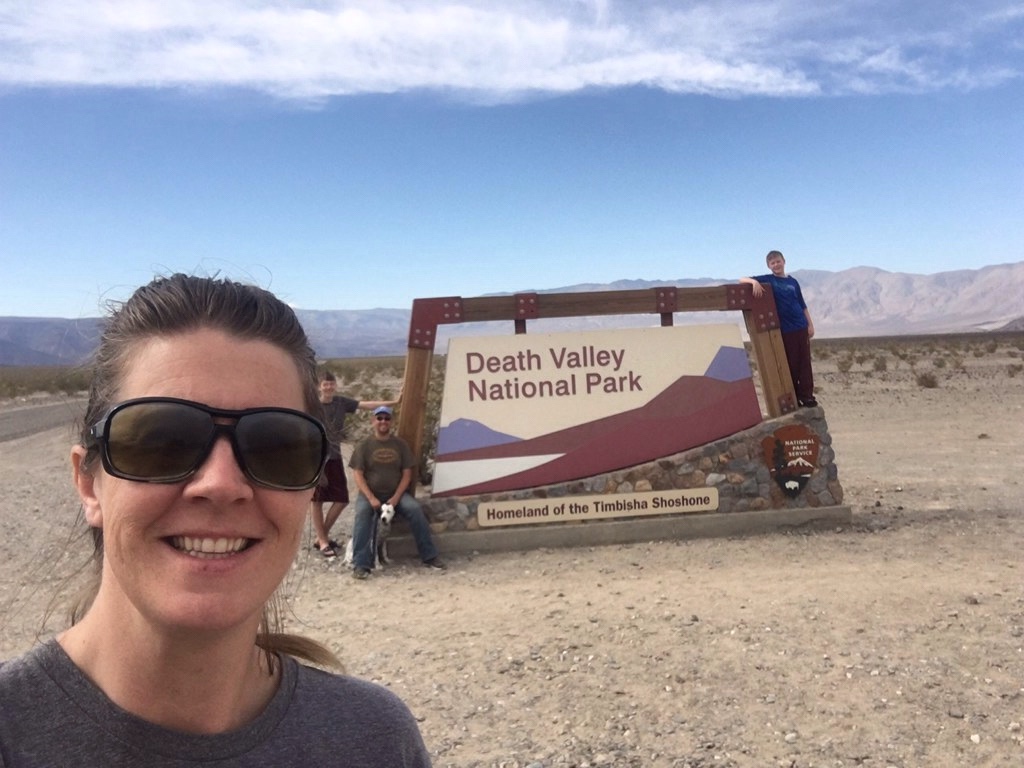 It’s super desolate here, but beautiful. The Valley is situated between large mountain ranges and only gets 2″ of rain a year. And it’s hot-did I mention that? (90’s) We pulled into Death Valley in the late afternoon, and after setting everything up, we went swimming in the cool spring fed pool at the motel across the street. Our site doesn’t have electricity so we slept with the windows open(still like 70 degrees at night). The night sky is a designated world night sky, you can see millions of stars at night! We’ve even picked up a couple of constellations in the past couple months so that makes stargazing more exciting.

There’s not a ton of trails here, to be expected when it’s so unbelievably hot out(90’s!). But we stopped at a couple of points of interest including a bunch of random gigantic sand dunes that the first Star Wars was filmed at, a short hike to see a natural bridge(like a rock arch), a centuries old borax mining operation, and the devils golf course which was just a ton of crystallized salt. Like a ton!

Another exciting stop was Badwater Basin, the lowest point in America at -282′ below sea level. Pretty awesome to say we’ve visited this sight!

A beautiful side drive we took was called the Artist’s Palate drive. The drive was along the base of a mountain range, and the rock was so many different colors(think purples, blues and pinks)and shapes, like a giant had used the range for a masterpiece!

We celebrated our dog Gunner’s 10th birthday here too. Not super memorable for him I’m sure, all he really got was extra petting, the birthday song and an extra scoop of dog food. But we’re so happy that he hit another milestone birthday, we know he won’t be in our lives forever but I’m so happy he got to join us for this cross country trip. Death Valley has been an exciting stop full of memorable vistas, celebrations and experiences!(MT) 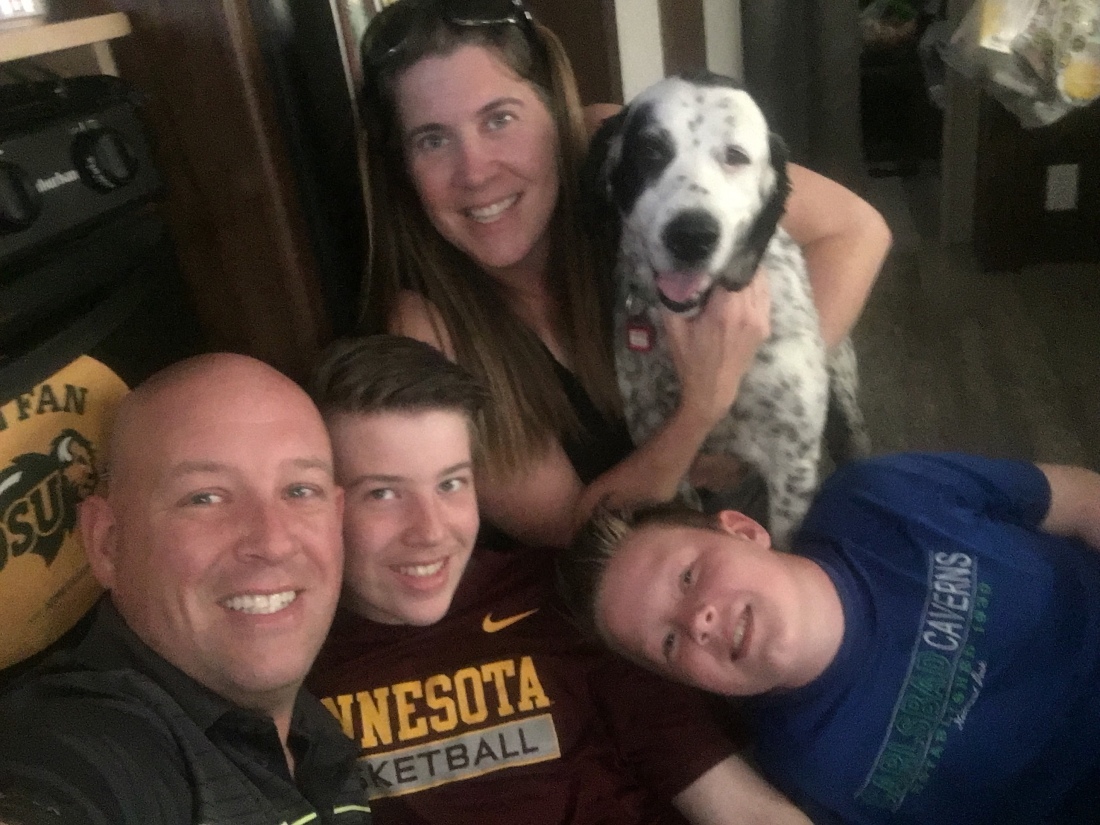