Gunner here. I decided I wanted to be the one to tell you about our trip to New Orleans. First thing we did was drive over the world’s longest bridge, the Lake Ponchartrain Causeway Bridge. Our first stop in NOLA was my mom and dad’s favorite, Cafe Du Monde. Everybody but me ate something that made theirs mouths turn white! After that, we did a ton of walking. I think we passed Brangelinas old house, a voodoo museum, a good smelling post, pretty architecture, good smelling curb, 2(!) National Parks, a good smelling sidewalk, Louis Armstrong Park(they wouldn’t let me off my leash all day. I just wanted to run and sniff stuff in the park!) a good smelling street, a good smelling cemetery wall and a good smelling fence that overlooked the Mississippi River! I couldn’t go into many stores, but one store was made just for me! They had dog treats and millions of squeaky toys-doggy heaven! 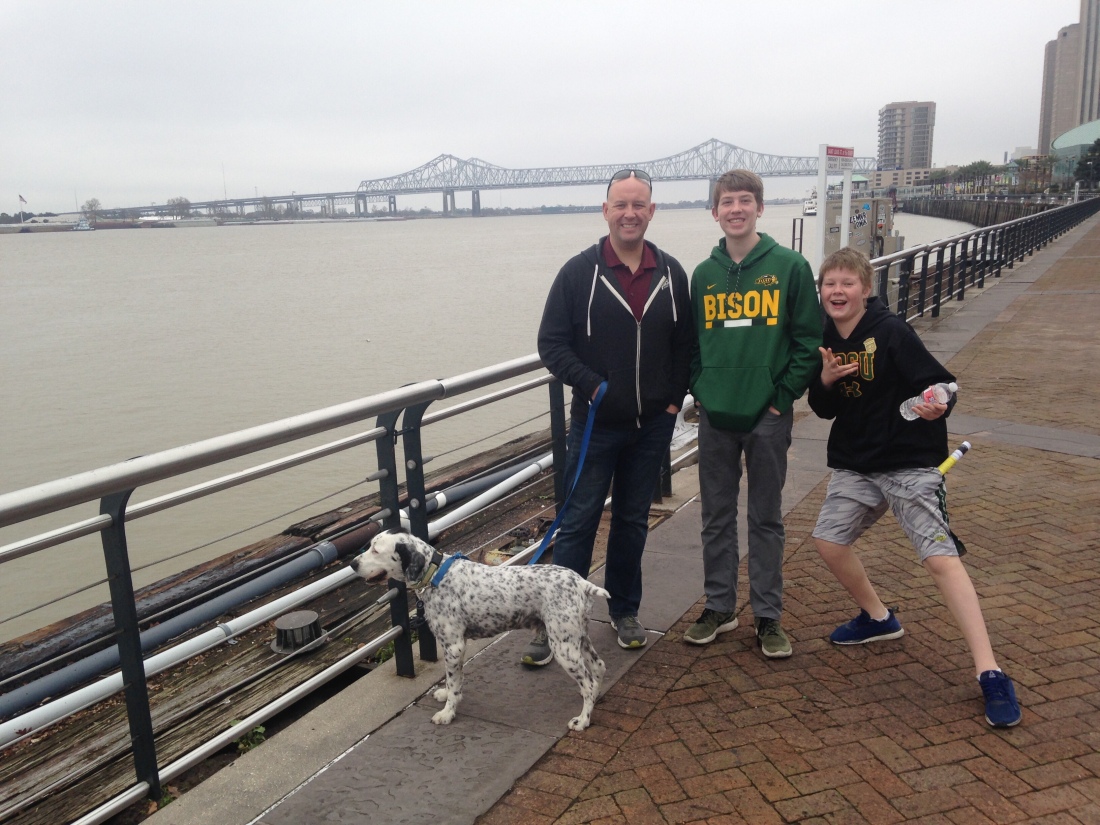 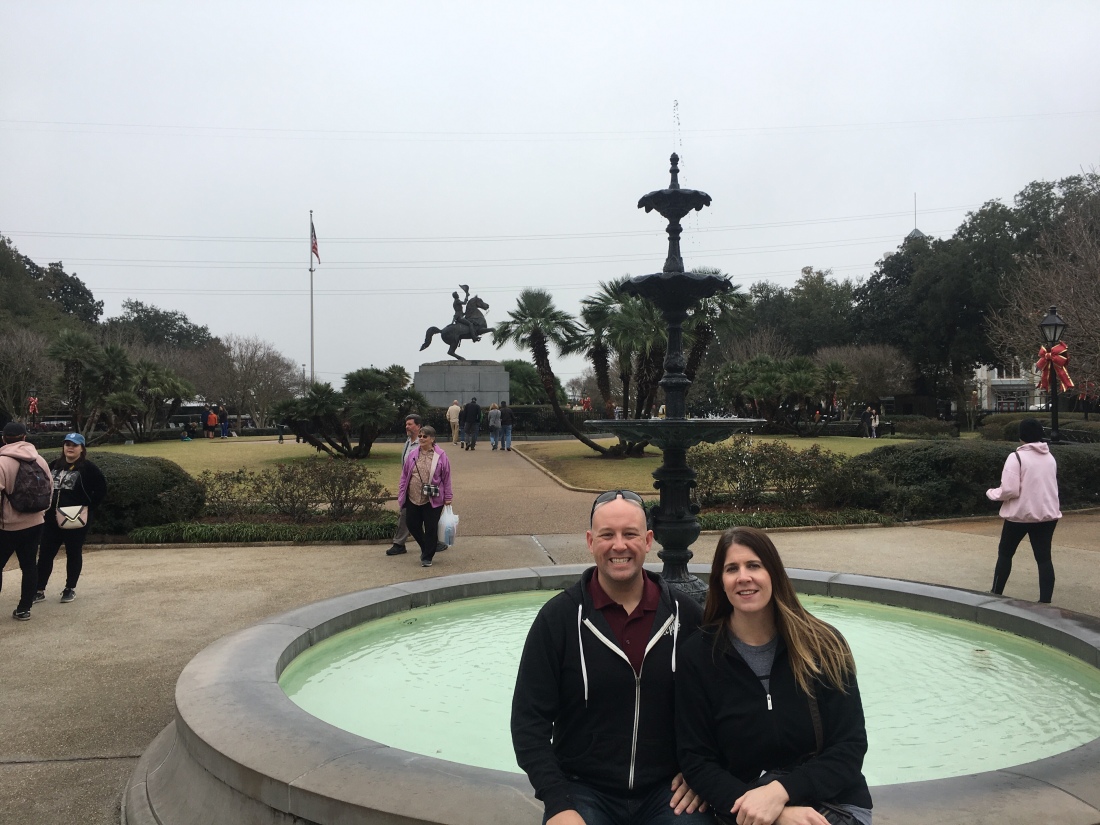 My mom had talked about going on the streetcar and doing a walking tour to look at the pretty houses in the garden district. But she found out dogs aren’t allowed in the street car, and realized we can just drive through the garden district in my dad’s truck! Which by the way, he’s not so excited driving in the city.

My brother Woody could not stop talking about going to eat at a place he saw on Diners, Dives and Drives. Apparently Mahoney’s is famous for Po Boy’s. They got an oyster one, a shrimp one and a chicken liver one. Can you guess which guy got what?

I’m tired after putting on over 5 miles today. I was sniffing up a storm all day, I was a country dog in a stinky city dog’s world! (Gunner)