Today we left Los Alamos for Phoenix. We have 3 days to get there, so we’re just moseying our way down the highway. Our first stop was the Petroglyphs National Monument, on the edge of Albuquerque. There was volcanic action close to here, and that created large lava rock hills. Native Americans drew on the rocks shapes and animals, telling stories and such. We did a cool 2 mile sand hike checking out the different petroglyphs. 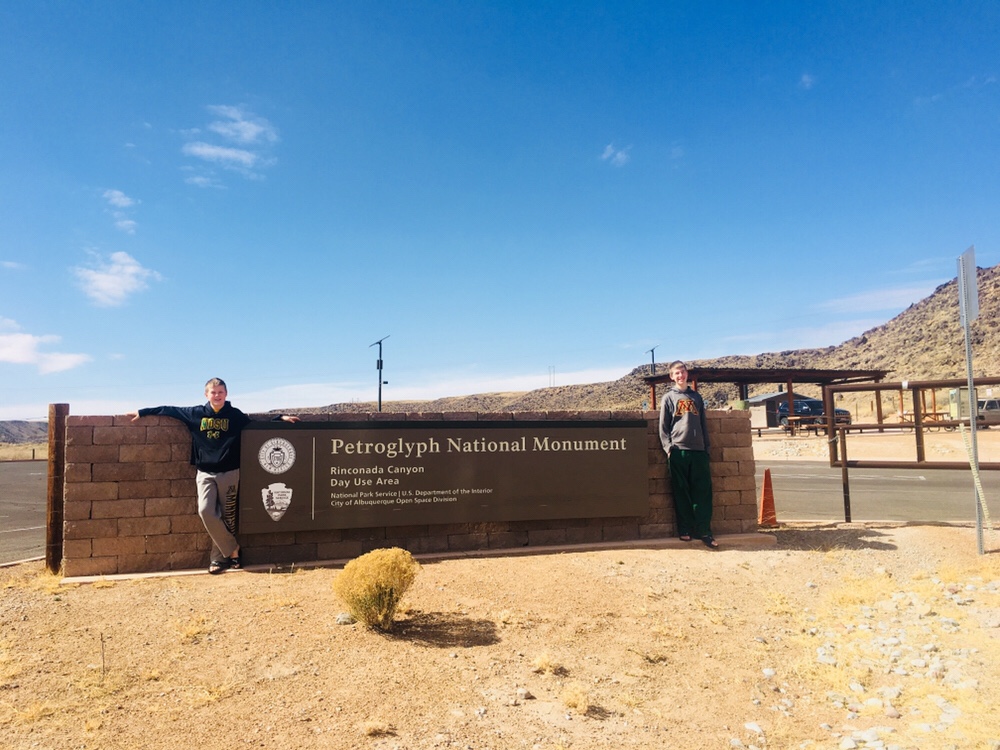 As we headed west, we came upon a sign for another national monument, one we had never heard of, and as we really did have time on our hands, we checked it out. El Malpais National monument was like the 3rd National Monument proclaimed, and full of gigantic lava rock formations and “lava tubes”. The tubes were like tunnels and the boys got to hike down into one, but not all the way into the tunnel and out the other side. (we’re such mean parents!) 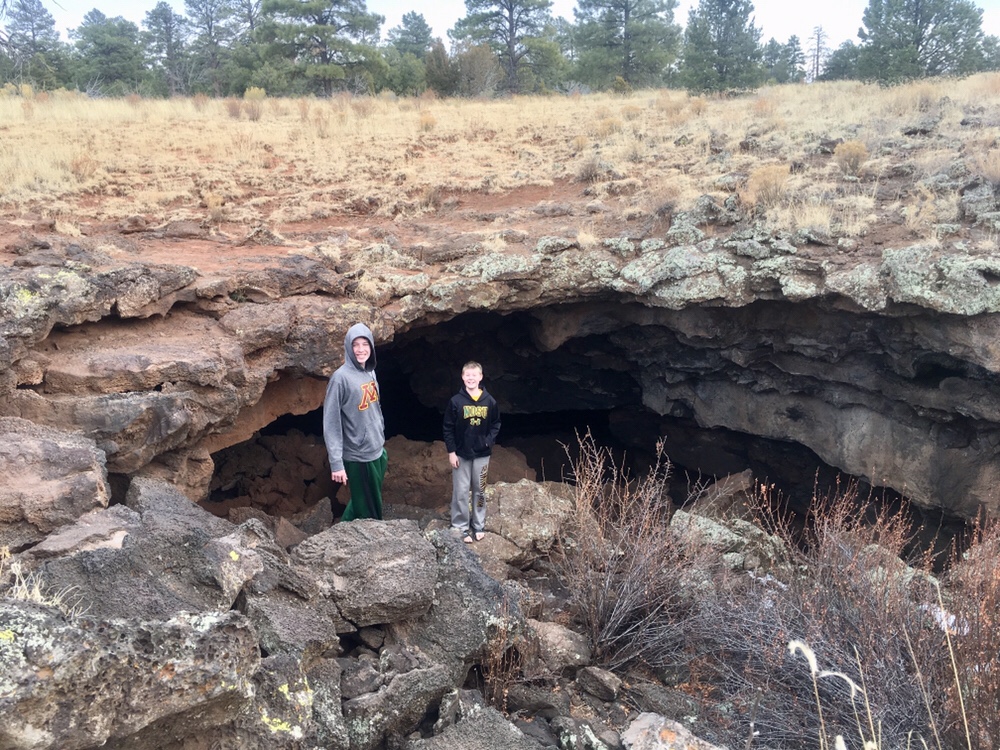 Their sister monument was El Morro National Monument, a bit further down the road. There is a huge sandstone formation, that an early settler carved his name into it at the bottom. Subsequently, many others carved their name into the rock. Notably, near this rock was an eternal water source that native Americans and early settlers marveled at and used. This area is ridiculously dry, so I can see the novelty it held to keep you alive.

We are so close to the Wig Wam Motel tonight. You may have seen the teepee houses on Route 66 before. The movie Cars did a spinoff of them as road cones instead of tepees. I hope to check them out along with the Petrified Forest National Park. Further west though is Flagstaff. They are getting a ton of snow so we’re headed south tomorrow, and fast!

Yesterday (Sunday) started out fairly normal. Woody and I got up early to go to the grocery store so we could stock the camper before heading out of Los Alamos. On our way back we saw 7 deer on the mesa by the road but that’s another story. Back at the camper, as I was putting the ice cream into the freezer, I tripped a bit over the heater that was on the floor, tried to catch myself and was just fine. But in that instant, I became dizzy and nauseous.

This was totally vertigo and I was freakin out. I’ve had a couple of serious bouts of vertigo but not since I’ve had the boys! During rehearsal for our wedding 16 years ago, I remember laying down in the last pew of the church, and having my friend Nicole Richard fill in for me as the bride at the front of the church. Some say perhaps the wedding isn’t legit because I was on a ton of meds, but as soon as I started walking down the aisle, it all went away! Anywho, this hit me like a train wreck, and so I laid down asap.(not hard since my bed is 3 feet away!) I was the only one in the camper so I called jesse on his phone and made him come out.

Loooooong story short, we stayed an extra night in Los Alamos with the Haileys. The boys got to go to Albuquerque to see Seth Hailey and the International Hot Air Balloon Museum, Jesse almost finished our taxes and I slept for pretty much the whole day. Early evening Jesse actually gave me oxygen and an iv, I wasn’t nauseous anymore but I was still dizzy. Weird!

The devil caught up to us though, when we woke up this morning, there was SNOW on the ground! Yuck! I felt better though and we hit the road out of LA, leaving that altitude sickness far far behind us!