On our way to Tucson for the day, we stopped at Saguaro National Park where we saw a high concentration of saguaro cactus’s. There were cacti all over each other. 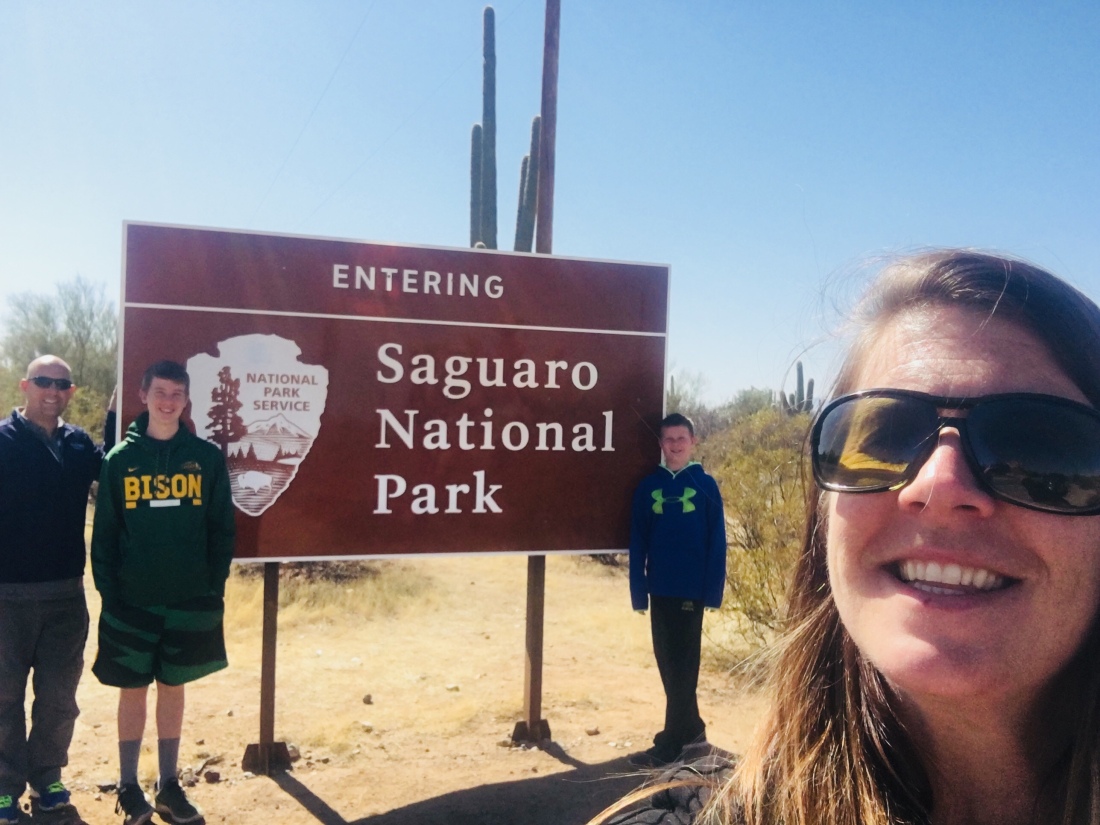 We also stopped at Pinal Airport which is a general aviation airport that is also a large boneyard for old airliners. Additionally, it has Marana Army Airfield, where British Army and Army National Guard pilots learn how to fly attack helicopters. It is also a home to CIA operations and US Special Operations Command parachute training. After that, we continued our way into Tucson. 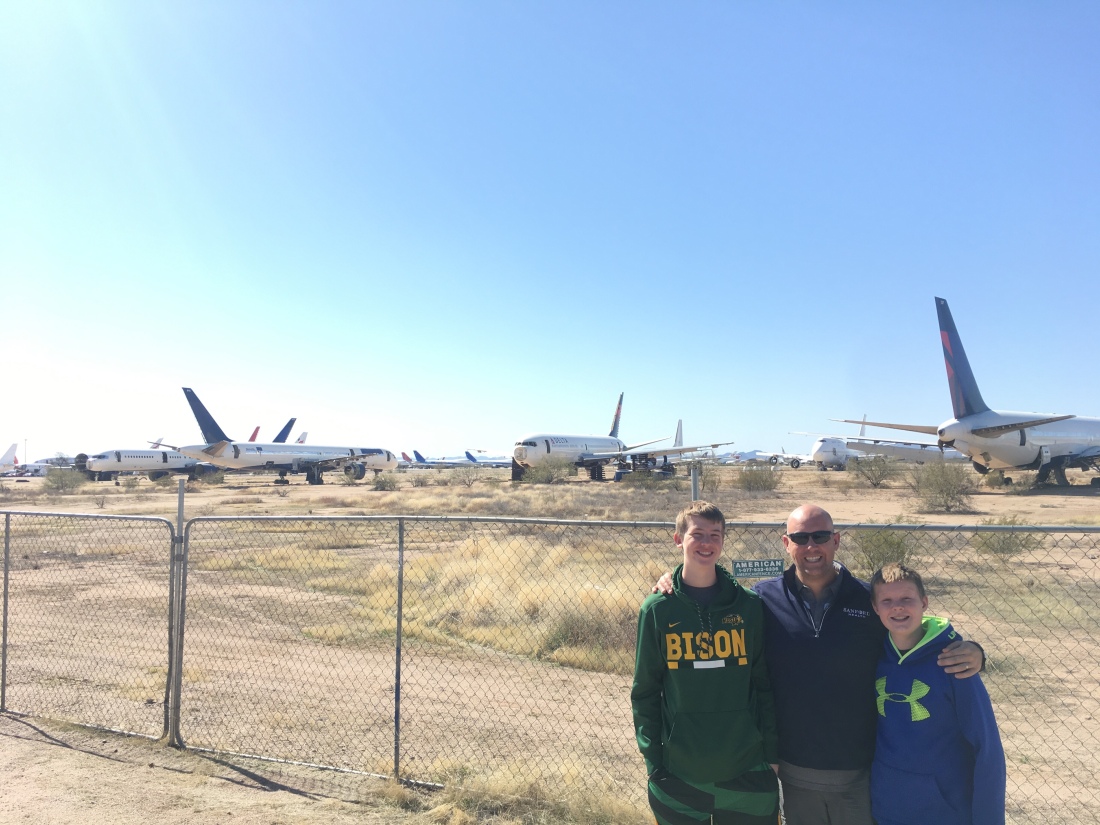 In Tucson, our first stop was at a food truck where we tried the Sonoran Dog. It was a bacon wrapped hot dog on a grilled bun with cheese in it. It also had beans, grilled onions, tomato, and fresh onions. I’m not a hot dog guy but I would definitely get that the next time I am in Tucson.

Later, we went to the Pima Air Museum, the largest private air museum in the US. They have over 300 aircraft there. I really liked the helicopters and my favorite ones were the MH-53 “Pave Low”, the Mil Mi-24 “Hind”, and the CH-37 “Mojave.” I also really liked the B-24 that they had in one of the hangars. While these were my favorites, I definitely really enjoyed seeing them all. 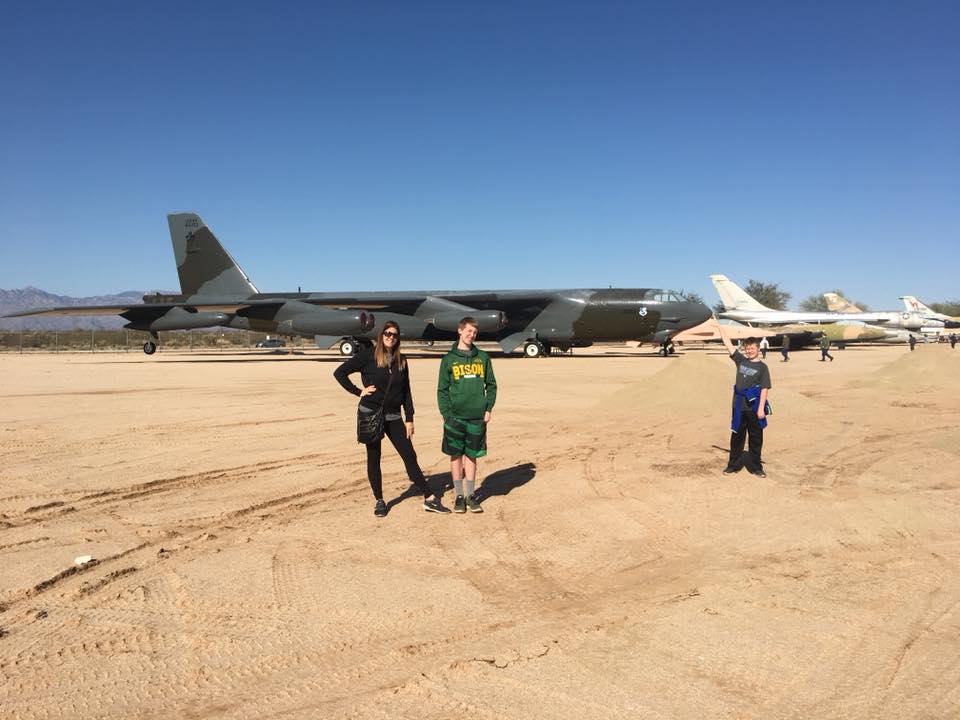 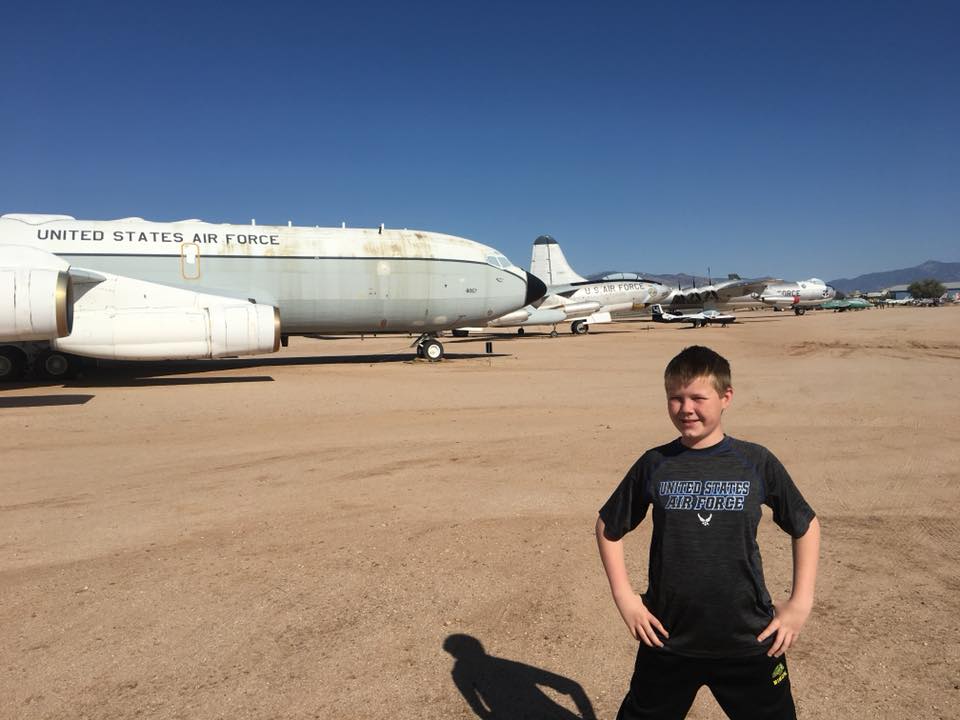 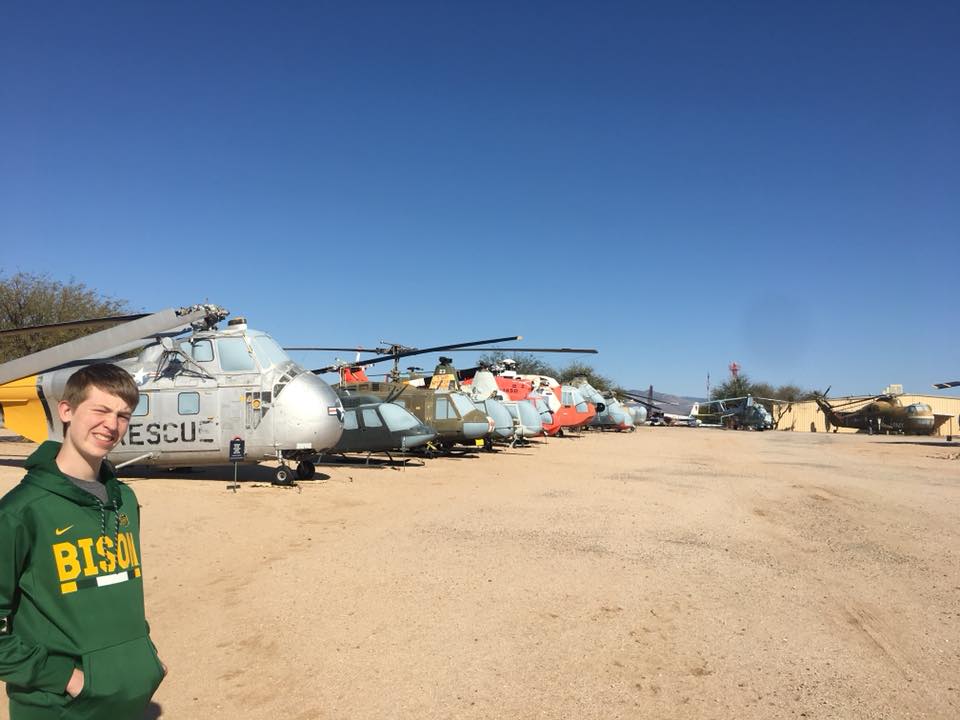 At the museum we saw A-10 Warthog planes flying in formation right over. This reminded us that we were right outside of Davis-Monthan Air Force Base. This base is home to a large boneyard of aircraft that we got to drive by. I think we saw 2,000 C-130s, 300 C-17s, 1,000 F-4s, and an array of other aircraft. I had a lot of fun checking all of this out in Tucson.

On our way home, we stopped by a friend’s winter home. Our family knows Jo from summers at Ottertail Lake. She had the most green grass we’ve seen in months and the largest grapefruits I’ve ever seen. (AT)